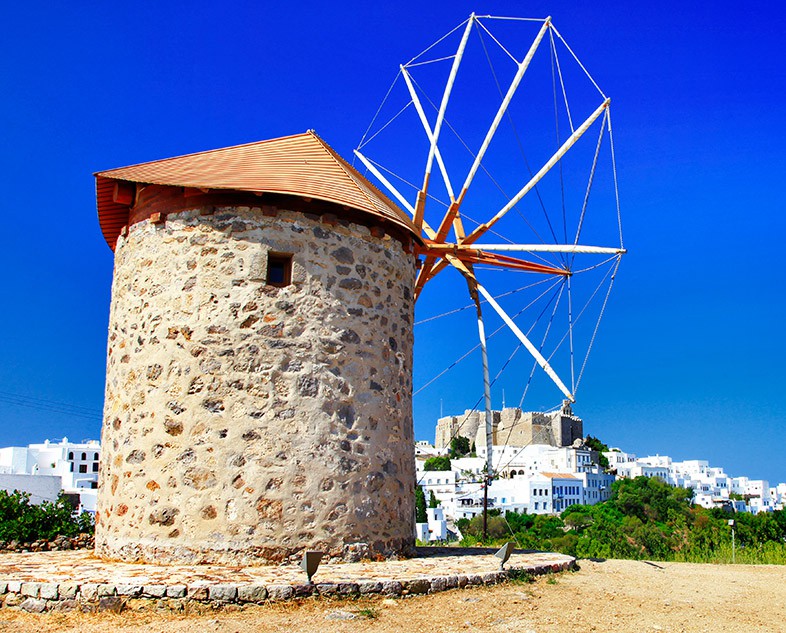 The three windmills of Chora are built on the top of a small hill overlooking the sea, at the east of the Holy Monastery of Patmos.

Two of these are dated in 1588, while the third was built in 1863. They ceased to function in the late 1950s when industrial mills replaced traditional production as it was done throughout Europe.

With the initiative and funding of the Swiss Sailboat and Banker, Mr. Charles Pictet, as well as with private contributions and the Stavros Niarchos Foundation, their restoration work became a reality.

Today, the first mill is reopening as a flour mill, with the ultimate aim not only to offer its visitors the image of traditional flour production technology but also to help revive the traditional professions of flour man and baker and the production of products of another era.

The second windmill, thanks to the replacement of the millstone by a generator and the mounting of a metallic beam for the impeller with a mechanical brake, is able to generate electricity from wind power.

Finally, the plan for the third windmill is water production.