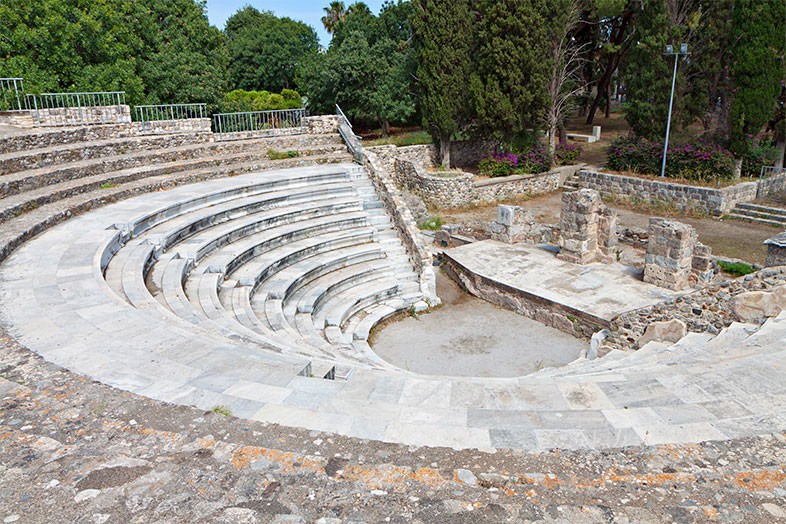 The Roman Odeon is one of the most important public buildings of the ancient city of Kos. The excavation of the odeon took place in 1929 by the Italian archaeologist L. Laurenzi.

According to information from ancient inscriptions, the odeon occupied the position of an earlier public building, which probably served for the gatherings of the municipality of Kos and perhaps it was the parliament of the city. The odeon was constructed in the 1st-2nd century AC and was intended for music competitions. The building was originally housed and its capacity is estimated at around 750 people.

Marble statues were discovered in the inner vaults of the odeon, out of which the statue of Hippocrates is the most important one and is exhibited today at the Archaeological Museum of Kos.