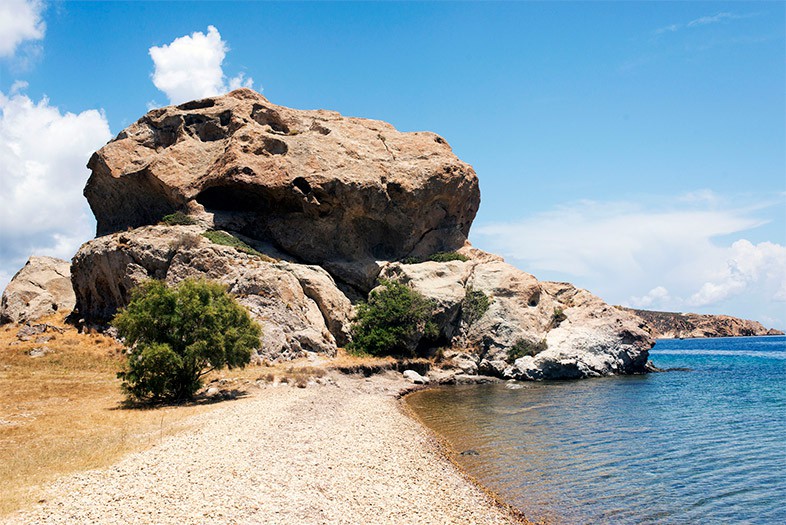 According to the legend, the Stone of Kalikatsu is the curse of a mother to her daughter who actually happened.

Surprised by the beautiful sea of the bay, and while she had just communed, a girl wanted to dive into the waters. Her mother banned it, she insisted however, causing the anger of the former. She shouted, "If you go, you can become a stone." So it happened.

As for the place name, Kalikatsu is the name often given to the islands in the seagull, black seabird, and it was given because it nests on this rock.

Researchers believe that Petra, known as the Rock of Kalikatsu, is really an archaeological site where, from prehistoric to historical times (1100 BC - 4th century AD), there was an open sanctuary with constant worship, possibly devoted in Goddess Aphrodite.