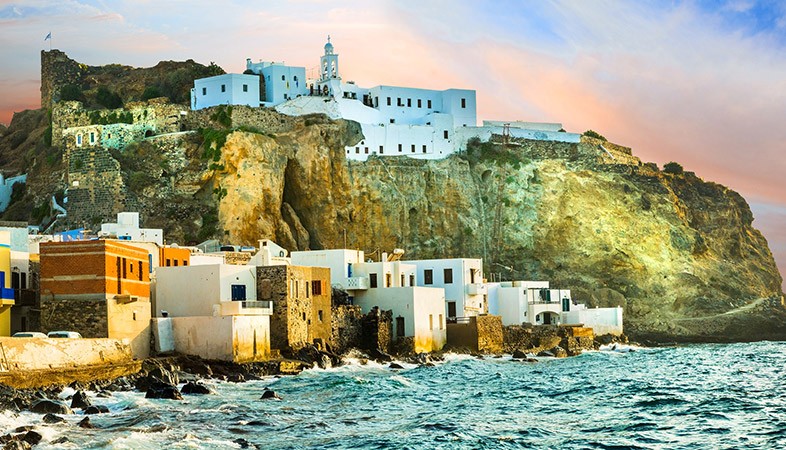 The monastery of Panagia Spiliani is located in Mandraki, the port and the capital of Nisyros. The biggest part of the monastery is located in a natural cave. In the wood-carved icon screen of the temple is the inscription "AΨΚΕ-1725", the date of its construction. The altar is based on a Roman altar while the plate of the altar is part of an ancient marble pillar.

According to the tradition, in 1400 AD a farmer discovered a small icon of the Virgin Mary, which he brought to the church of Virgin Mary of Potamitissa. A few days later, however, the picture disappeared in order to be found in a cave on top of a large rock. The inhabitants returned it to the temple but the incident was repeated. For this reason, it was decided to build a church in the cave as it happened a few years later.