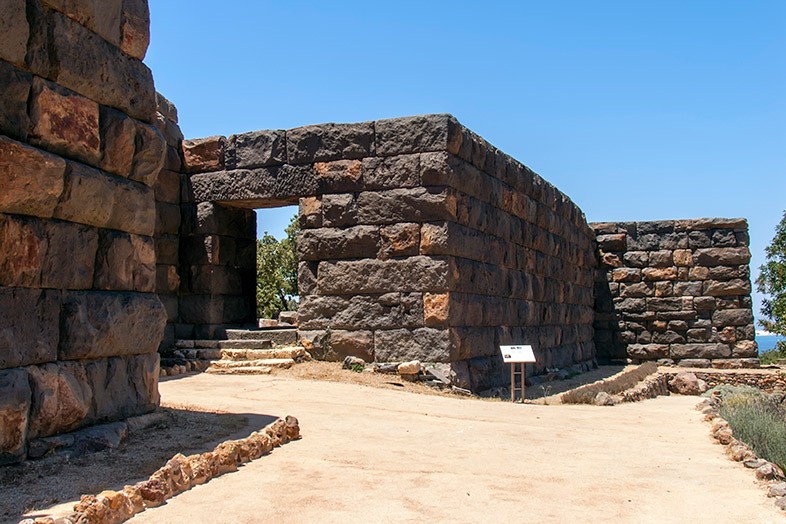 Above the settlement of Mandraki was the ancient city of Nisyros, which dates back to the 8th century BC. The wall has a long length, defines an area of a total area of 130 acres and has a perimeter of about 2 km. Historically its construction is attributed to the ruler of Caria Mausolos, who wanted, between 355 and 332 BC., to create a strong defensive line in the area to facilitate the control of Rhodes and Kos.

Its construction has been done using the local volcanic black stone. Some of the stones that make up the wall, reach the enormous weight of 3.5 tones.