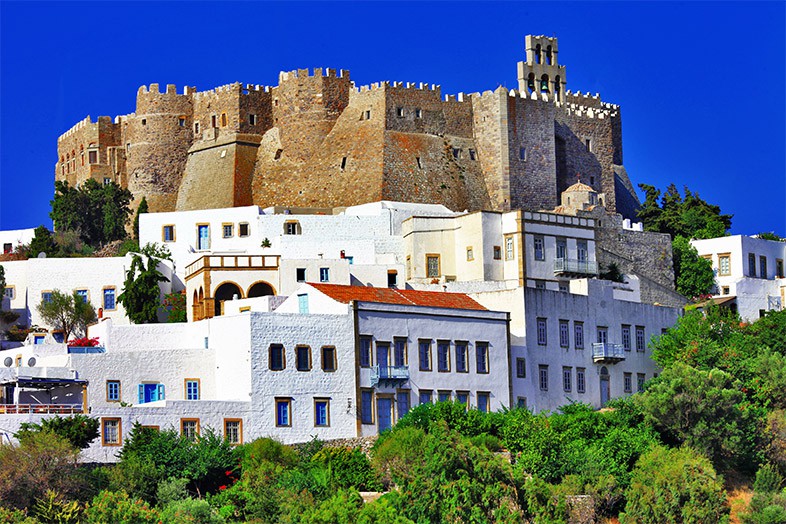 The Holy Monastery of Saint John the Theologian is an Orthodox monastery founded in 1088 in Patmos. In 1999, UNESCO declared it a World Heritage Site. It was built at the point where it is believed that John the Apostle wrote the Gospel and the Revelation near the cave where he had the visions of the Revelation.

The monastery was probably founded on the ruins of a large early Christian church, from which only a small chapel survives. The priority was given to the monastery's safety, so it was originally built as a fortress.

Since the Byzantine times, the Monastery owned ships that covered the island's catering needs and trade. With its establishment, the monastery was given a tax exemption on the first ship it would build with a capacity of 8.5 cubic meters. In 1186 it was reported that it had three vessels of a total capacity of 25, 5 cubic meters.