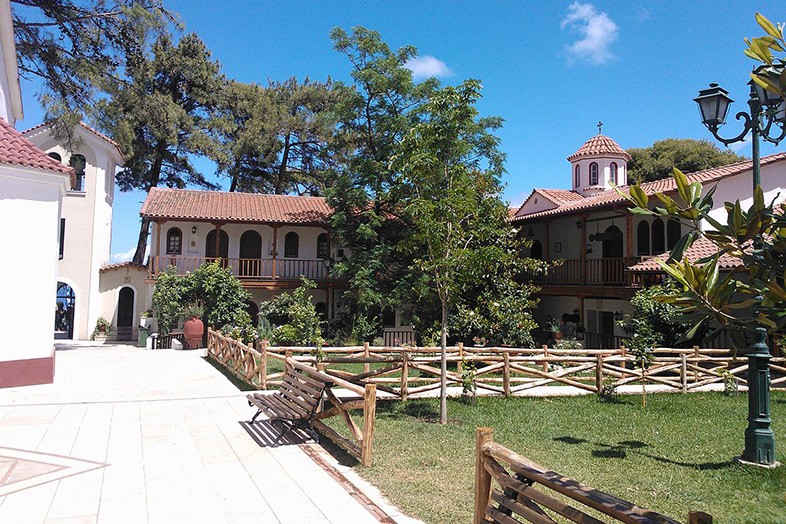 The Monastery of Faneromeni is a historic monastery just 3 kilometers from the capital of Lefkada and has for centuries been the religious center of the island as the oldest and largest monastery. Panagia Faneromeni is dedicated to the Assumption of the Virgin, who is also the protector and patron saint of the island.

The area where the monastery is located hosted in the antiquity the temple of the goddess Artemis. During his passage from the area of Nicopolis, in neighboring Preveza, the Apostle Paul sent in 63 AD. on the island three assistants, Acila, Sosiona and Herodion. The three of them called the Lefkadians to that place and preached the teachings of Jesus. They later built a house of worship in honor of the Virgin Mary, thus creating the first church on the island.

In 1734 AD., while the island is under Venetian domination, the central temple will be built in its present form. This same temple will burn out completely in 1886, and its reconstruction and renovation will begin once again. The iconostasis, built in 1887, is the work of Eustratius Prosalentis, and the icons were added later in 1919 and were painted by the brothers, Christodoulos and Thomas Zografo.