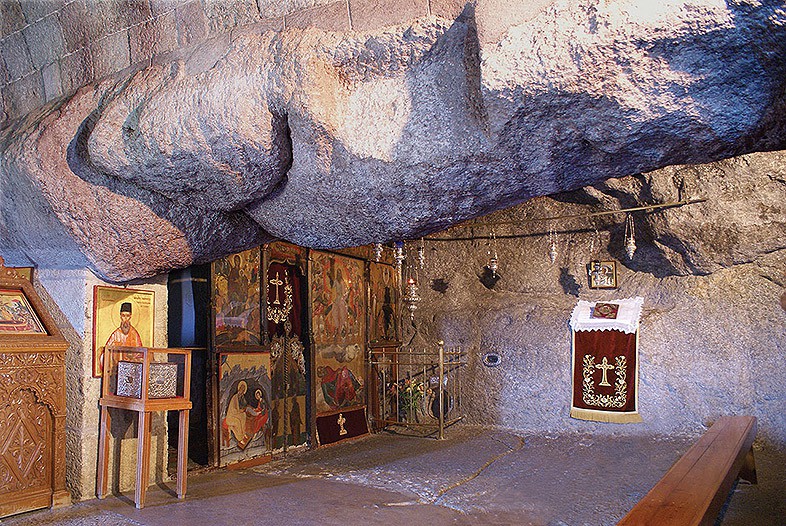 The Holy Cave of the Apocalypse is located on the hill between Skala and Chora. It is a point of reference not only for Patmos, but for Christianity worldwide. The Emperor Domitianos exiled John, the beloved disciple of Jesus to Patmos, punishing him for declaring the Word of God in Ephesus.

According to Christian tradition, during John’s stay in the cave, the rock was torn, and through three smaller slots, symbolizing the Holy Trinity, the voice of God was heard, dictating John the Holy Book of Revelation. It is plausible that in this very same cave the fourth Gospel of John was also written.

The cave entrance is marked with a mosaic portraying the visions of Saint John and inside the small grotto, you can see the nightly resting place of John’s head. Seven silver lamps have been hung in the cave of which the largest is above the place where the Saint slept using a rock as a pillow that still exists in the cave.