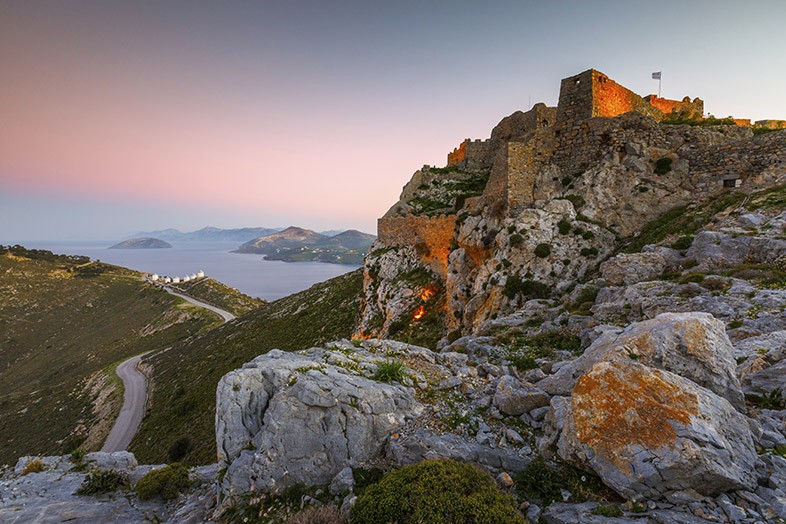 The Castle of Panagia (or Panteli Castle) is Byzantine and was built in the 10th or 11th centuries. It is located at an altitude of about 600 meters.

In 1300, the Knights of St. John defeated Leros, and they used the castle after some reinforcement work done. In 1505 Ottoman admiral Kemas Rees tried to occupy the castle without success. In 1508 with more forces he tried again unsuccessfully. The legend says the island then saved by a single 18-year-old knight. He clothed the women and children with the armor of the dead knights, wanting to make the opponent believe that Leros' guard was still strong.

According to tradition, a picture of the Virgin Mary appeared from the sea on the island and was miraculously installed in the castle's warehouse between two lit candles, despite the efforts of the Turks to relieve them.

A temple was built on her honor in the same place, which became the main pilgrimage of the island and its seamen.