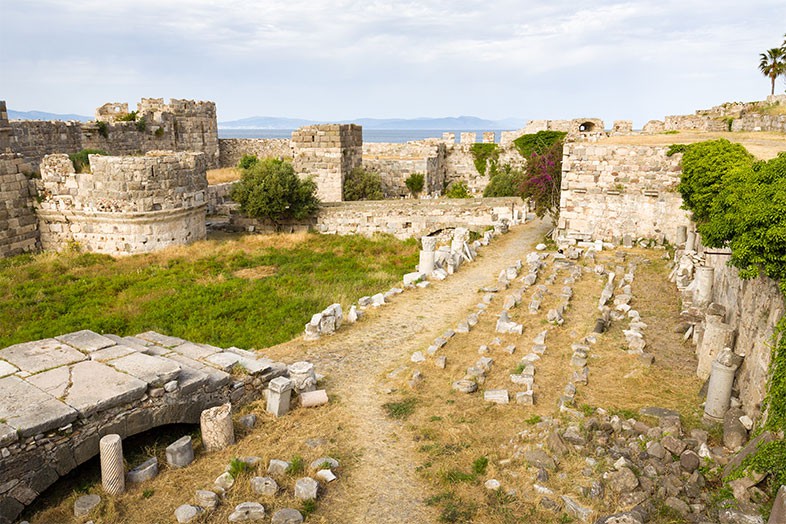 The castle of the Knights, known as the castle of Nerantzia, is built on the right side of the harbor. It was built in the late 14th century by Knights of St. John and is a classic example of imposing defense of its time. It consists of two fortified precincts with walls, of which the interior is earlier. It has a rectangular shape and at the corners it is framed by four tall towers. A wide trench separates the two precincts and only on the eastern side are joined by a sloping downhill road. Its role was to control the sea passage to the Holy Land during the Crusades.

In the 19th century, the Neratzia Castle was used as a barrack of the Turkish Guard and the residence of the Turkish Commander. On March 17, 1816, an accident triggered the explosion in a powder warehouse and destroyed a large part of the castle.

During the Italian occupation of the Dodecanese, the Italian Archaeological Service made the restoration and returned the castle in its original form, without the additions of the Turks.