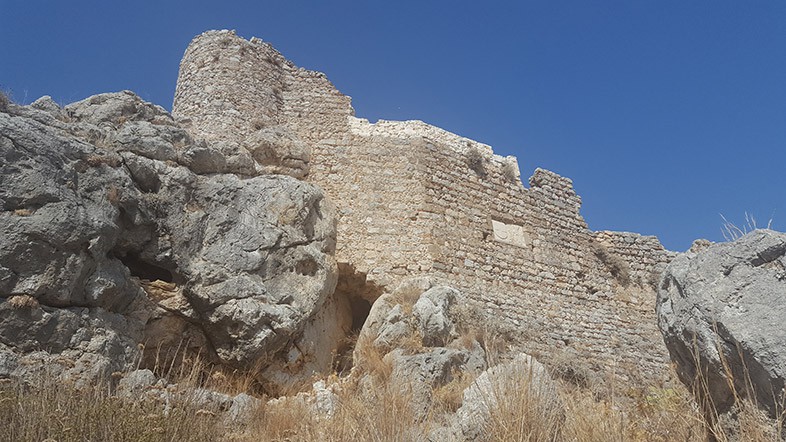 In the early 14th century the Knights of the Order of John the Baptist occupied the islands of Dodecanese.

Kalymnos, Kos, Leros and Nisyros formed a particular administrative unit with a Knight as governor, to whom the islands were ceded against rent. The administration of each island was given to a Knight, who held the title of Castellan.

The Castle of Chrisoheria was built in the mid-15th century, under the administration of Knight Fantino Quirini (1433 - 1453). The Kalymnians were opposite to the construction of the castle, since the Castle of Chora served their needs at that time. The disagreement led to the court of Rhodes in 1445 where the judicial result vindicated Quirini.

Situated at a strategic point with an extremely wide view from the top of a natural hill, this castle helped Kalymnians to easily monitor Chora and Pothia against the attacks of the Turks. Inside the small castle the buildings remain in a good condition. There is a food store and two churches. Near the castle, just a little lower, there are three stone windmills which are visible from the port of Pothia.