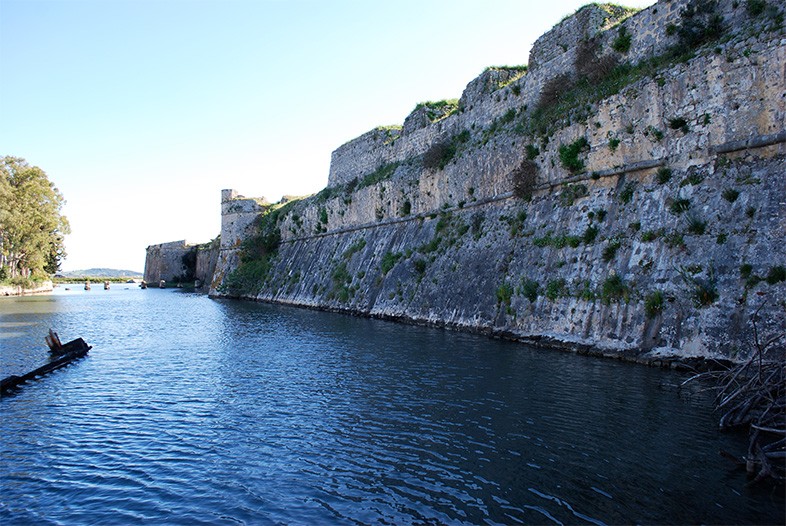 The castle of Agia Mavra, is located at the entrance of the island of Lefkada, is one of the most imposing medieval buildings in Greece and is an exemplar of fortification art of that time.

It is built on a peninsula located between Lefkada and Akarnania and occupies an area of approximately 25,000 square meters. It has a rich war history as it was besieged a total of 12 times in its 7 centuries of existence.

The first fortress construction was completed in 1302 AD. by Giorgio Orsini when he took Lefkada as a dowry for his marriage to his daughter Despot of Epirus Nikephoros I. It was originally a small military station with a small number of defenders.

With the passing of time and the submission of the castle in the hands of the Venetians and Ottomans, extensive expansions and reconstructions are taking place. In 1571 it took the final form with the heptagonal shape it keeps to this day. Agia Mavra was one of the most important forts of the Ottoman western border and was therefore equipped with 126 cannons, a dense rifle arrangement and 300 men's guard in peacetime.