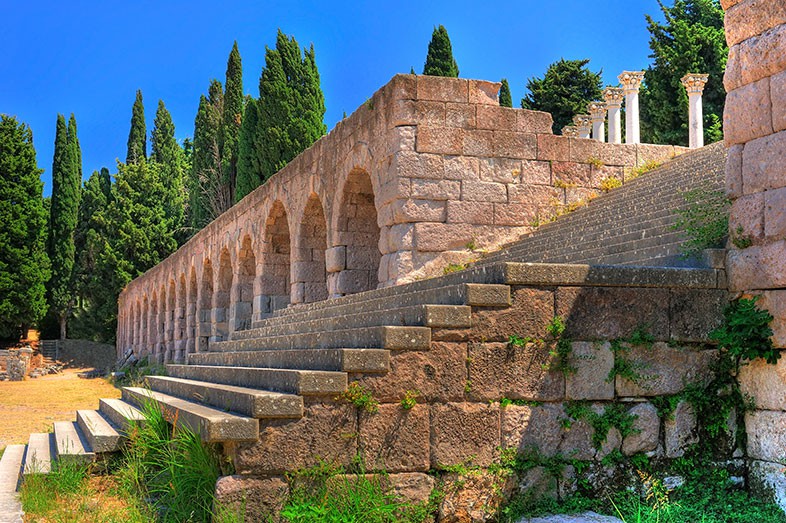 The Asclepieion of Kos is the most important archaeological monument of the island. It dates back to the 4th century BC. and is situated on the slopes of a small hill, southwest of the current city of Kos, about 3.4 km away. It was the largest hospital in Ancient Greece. Hippocrates, one of the most important representatives of medicine in antiquity, taught at the school he had founded at Asklepieion.

The discovery of Asklepieion took place in 1902, by the German archaeologist Rudolf Herzog and the historian Iacovo Zaraftis, who calculated and indicated the proper position of the sanctuary. From the temple of Asklepios only the foundations and a few columns are preserved, while columns are also preserved from the arcade, which allegedly housed the Hippocratic Medical School. Nearby there were hot springs with running thermal waters.