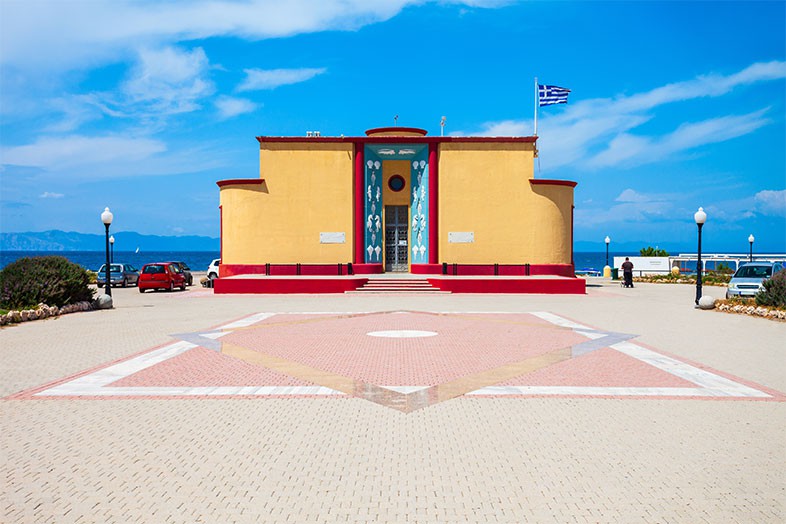 The Aquarium is located at the southern point of the city.

This Hydrobiological Station has a dual role as it is a research unit and a public aquarium for the general public, combining research, entertainment, education and awareness. It does not only engage in marine research but also participates in citizen protection programs such as the Lagocephalus program, and also develops awareness and education programs for various social groups.

In the Aquarium, the corridor architecture, made of porous stones and decorated with natural shrubs, represents an underwater cave. In its halls there are rare species of fish and other species of marine fauna, in specially formulated seawater tanks. Among other things, the Aquarium hosts blooms, mollusks, crabs, cephalopods, sea turtles, as well as stuffed marine mammals and large fishes.