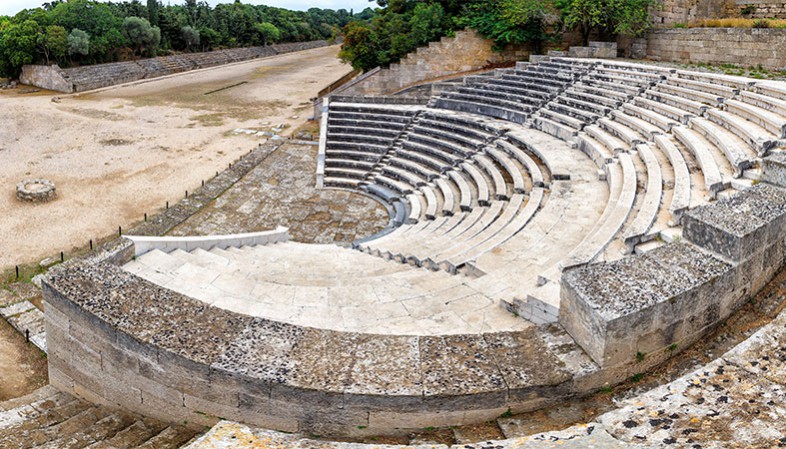 The Acropolis of Rhodes was at the highest point of the city on the west side and unlike the old citadels it did not have a fortification.

The Hellenistic stadium, built in the 3rd century BC, is preserved in the beautifully landscaped and green archaeological park, and the athletic games of Alia held, the greatest celebration of the ancient Rhodes in honor of the god Helios.

Next to the stadium is the small renovated Roman Conservatory where, in antiquity and today, music performances are given.

At the top of the Acropolis is the temple of Pythian Apollo, the patron of the city. From here the visitor will see the panoramic view of the city and the sea. The sunsets will really take your breath away.